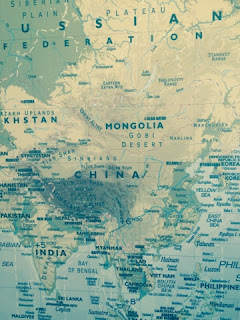 Yesterday I got some exciting news. Actually, several exciting things have happened lately. First of all, I'm sitting outside in the beautiful weather writing my blog today. I am able to do this thanks to the fact that I'm writing on my NEW computer, finally. Those of you who've followed this blog for a while will probably remember the incident of the computer fiasco, wherein our puppy, while chasing our cat, knocked my computer off the table and broke it. It's been limping along but I wasn't sure how much longer it would last. This is the same puppy who more recently ate my daughter's eyeglasses. She's still wearing the chewed glasses; we haven't even gotten to pricing that out yet.

As far as the new computer, we weren't able to afford the Mac I really wanted so we went with an HP touchscreen, middle of the road in terms of price, and so far it's great. The old laptop hasn't worked without being plugged in for years and I'm really enjoying having a truly portable laptop again. The touchscreen is awesome, too.

So, I'm sitting outside in the glorious spring weather listening to the bat guy crawling around on the roof... What's that, you ask? The bat guy? Why yes, we do have a bat guy (actually an animal control specialist for all kinds of wildlife) on our roof relocating the two colonies of bats now infesting our attic gable vents. Bats are protected, so they have to be removed within the next two weeks before they start breeding or we will have to wait until October. Last year our neighbors had this done and it cost $1100, so my husband thought he would try to do it himself. However, one of the gables requires a 40 foot ladder and the entire roof has to be sealed, so finally he decided to call the guy, only to find now the price has gone up to $2000! So, our daughter's glasses will have to wait a little longer.

Thankfully, yesterday I got a message from The Dolls' House magazine in the UK asking if they could feature one of my pieces in the August issue of their magazine. They want to show my Penny Brite diner dress, which went with the 1963 Penny Brite kitchen or dinette set, in their shopping pages. Naturally, I said yes! It's so exciting to know I'll be reaching a whole new audience. The issue will be released on July 7th, 2016. I hope you'll pick up a copy to see my UK debut! Their website is https://www.thegmcgroup.com/pc/viewCategories.asp?idCategory=947.

I have a whole collection of Penny Brite clothes in my shops right now, both on eBay and Etsy. I even have the tagged original dress for the Penny Brite doll. The Penny Brite doll was marked "Elizabeth, New Jersey" on her back, with the Elizabeth in larger letters and on a line by itself, so many people call her the Penny Brite Elizabeth doll. She is a slim-bodied 8 inch doll who can share clothing with Skipper. Pepper, and tiny Betsy McCall, so her clothes are popular for use with all those gals. Through May 1st I have a Mother's Day sale going on in the Etsy shop: use the code MAMALOVE at checkout and get 15% off everything in the store! I'll probably hold some kind of bat removal sale in the eBay store as well, and of course I'll announce that here and on the Atelier Mandaline Facebook page when I have it set up.

Posted by Mandaline at 9:25 AM