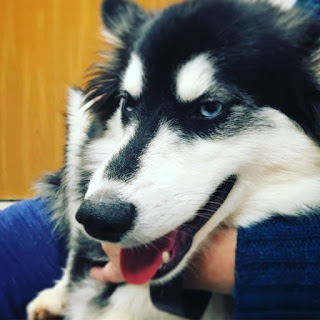 I've been largely out of the shop the past few days due to several unexpected events. First, on Wednesday we had a winter storm that, instead of delivering a trace of snow as it was supposed to, gave us nearly eight inches! If you're a North Carolinian you know that just shuts everything down. The roads were so bad Dale Earnhardt Jr., who lives in the next town over, crashed into a pine tree and even the county snow plow ran off the road into a ditch! The kids have been out of school for three straight days. I've been drinking more wine than is probably good for me. Our puppy, Loki, decided it would be a good time to eat a squeaker from a toy he chewed up. I took the toy and squeaker away from him when I saw it and didn't realize he must have either snuck it out of the trash when I wasn't looking or had another hidden away. At any rate, he ended up with an intestinal blockage and had to be rushed to the emergency vet in the snow. We made it there and back with difficulty; what should have been a 10 minute drive took over a half hour each way. We weren't sure at first what was wrong so Loki had to have two sets of X-Rays and bloodwork before they finally found the problem and took him into surgery around midnight. Since this was the emergency vet and not our regular vet the bill ended up at more than $2200. Loki is lucky he's cute!
​That same day I heard from a customer that her doll arrived with its face crushed, despite my having spent $6 more than I charged her shipping it Priority Mail in a brand new box in an attempt to get USPS to be more careful. I had to refund her money. Last week they lost two of my packages and I had to send free replacements to the buyers. I don't get it; I've never had as many problems with them ever as I have in the two past weeks. And speaking of USPS, their rates will rise 6% on average the day after tomorrow. Regretfully I raised my eBay prices 6%, since eBay requires me to pay shipping and return shipping for most items to keep my Top Seller status. To ease everyone into the change my store will be discounted 10% this weekend, through Tuesday. You can shop the sale when you link to my eBay store from www.ateliermandaline.com. 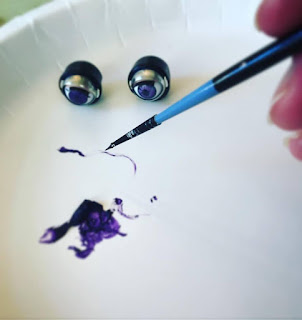 You may have seen my posts about painting custom color doll eyes for people. All of a sudden, about six months ago, I began to have as many as ten inquiries each day about American Girl doll eyes. Evidently a big trend is "eye-swapping" American Girl doll's eyes for other doll's eyes or for more unusual colored eyes. This is great for me, as an eye seller, except that I carry Margon eyes. I carry Margon because they are the brand used in the vintage dolls I mostly restore. They will fit the American Girl doll in the 13mm size but the fit isn't perfect. The eyes are smaller than the originals but the casing is more round, so you have to go with a smaller eye to fit it in the face. I reluctantly put the American Girl sized fit on the listing for the 13mm eyes because I was trying to avoid answering the same question a hundred times a week, but even though it's all over the listings that the eyes are smaller I keep having people return them without even trying them. They just look at them and decide they won't fit and won't believe me when I tell them it's the right size. I'm bleeding way too much money for these returns; the shipping alone is $6 when I have to pay it both ways.  So I had to stop accepting returns on those eyes. EBay cut the Top Seller Discount on fees in half and it just doesn't make it worthwhile for me to save on fees by paying for all these returns. If you are responsible customer who reads the listing and looks at the photos before you buy online I sincerely apologize! 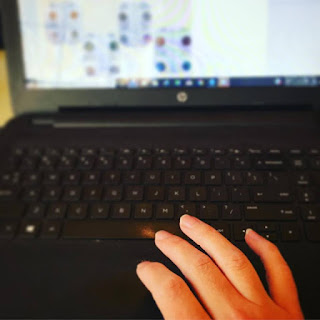 ​Very soon American Girl eyes may no longer be a problem. I've been working with a manufacturer to have doll eyes made to my specifications. Today they told me they had my sample ready and I ordered it. It will take about a month to arrive and then I can make sure the fit is good. If it is I can order them made in different colors, instead of just the three I have now. Then it will take another couple months for them to arrive but my hope is to have eyes that fit the American Girl dolls in the colors my buyers want so I don't have to paint them so often. I am so hopeful these will work. I just can't wait to carry my own brand of eyes that I don't have to make apologies for or paint different colors! Loki and his surgery and all my USPS refunds set me back as to how many things I can order, but my dream is to eventually have my own line of all kinds of doll making supplies, designed by me, and even someday dolls made to my design! I hope you will follow along with my journey and thanks so much to all of you who supported me and purchased from me to help me get to this point!
Posted by Mandaline at 1:05 PM