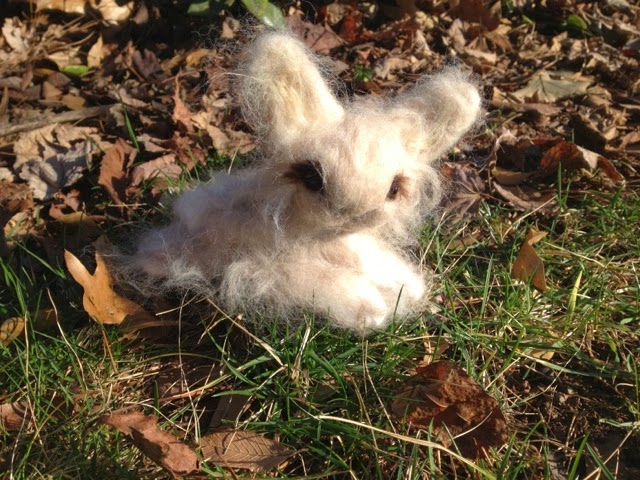 Today was busy for me. I finished the first of the alpaca animals I promised the children. My younger two requested bunnies. I told my teenager I was making alpaca bunnies and he said it sounds like a genetically engineered animal. How cute would those be? Take note, scientists! I want the first real alpaca bunny!

We also celebrated our oldest son's birthday today so I made a cake for him. I found a great recipe from Gluten Free Goddess for a flourless chocolate cake. Instead of sugar, I used half xylitol and half monk fruit sweetener and I used unsweetened chocolate rather than dark chocolate. I also made a crust of almond flour, butter, and monk fruit sweetener. Otherwise, I followed this recipe: http://glutenfreegoddess.blogspot.com/2007/01/flourless-chocolate-cake_11.html. It was delicious, and hit the spot.

I made the alpaca bunnies the same way as my felted Barbie animals: first I sew a wool felt animal and stuff it with bamboo/rayon fiber. Then I felt the fur into the body. I used baby alpaca spinning top in fawn, accented with white, cream, and brown mohair. The eyes are Czech glass beads surrounded by felted mohair with mohair eyelashes. 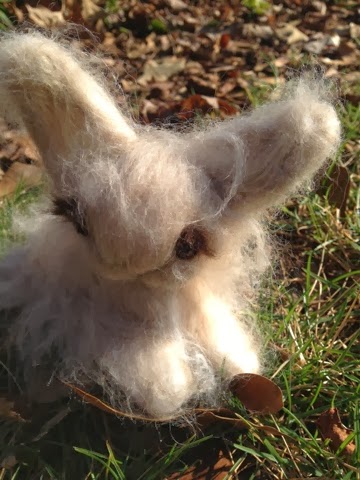 I want to refine my technique a bit so more of the soft alpaca fur is sticking out. Right now, to attach it I have to felt it all over, which gives it a curly look and makes it less soft. On the next one, I may try sewing the fur into the seams and then felting more on after the body is sewn. 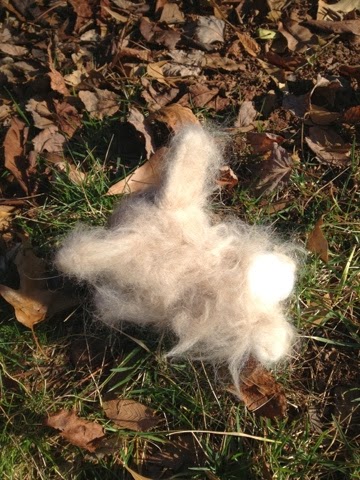 I used a vintage 1950s Betsy McCall dog and cat pattern as a starting point. I reduced the size by half and re-drew it into a bunny. You might remember from last year, I once had an exclusive Nosy dachshund pattern I drew to make companion dogs for the tiny Betsy dolls. I lost the pattern during the course of our move, however, so I bought the vintage pattern to make for Betsy. I haven't gotten around to that, but I think the cat, redrawn as a bunny, worked well.

Now I have to hurry to make another bunny, since both my younger children are trying to lay claim to this one. The children were very impressed with the alpaca show. Even our teenager wants a stuffed animal made of alpaca. He wants a seated alpaca for his, so that will be my next project. I will have to draw that out, since I don't have any pre-made alpaca patterns. Of course, I will write of that when I've finished! 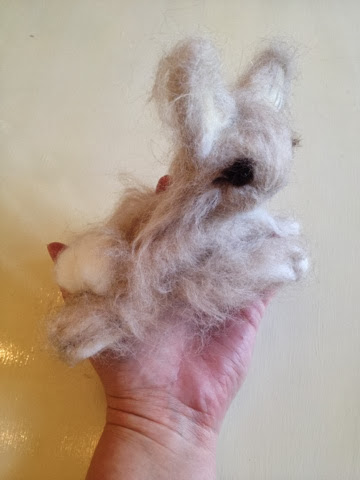 If I have enough alpaca left over I may make some animals for my store. Make sure to check: http://stores.ebay.com/atelier-mandaline.

Posted by Mandaline at 5:54 PM